Home In the press

These are just some of the articles, features and weblinks that have featured Andy and his work. “I am just a one man band, no PR company or promotional team behind me so sincere thanks to the media who have found space and time to give me promotion.” 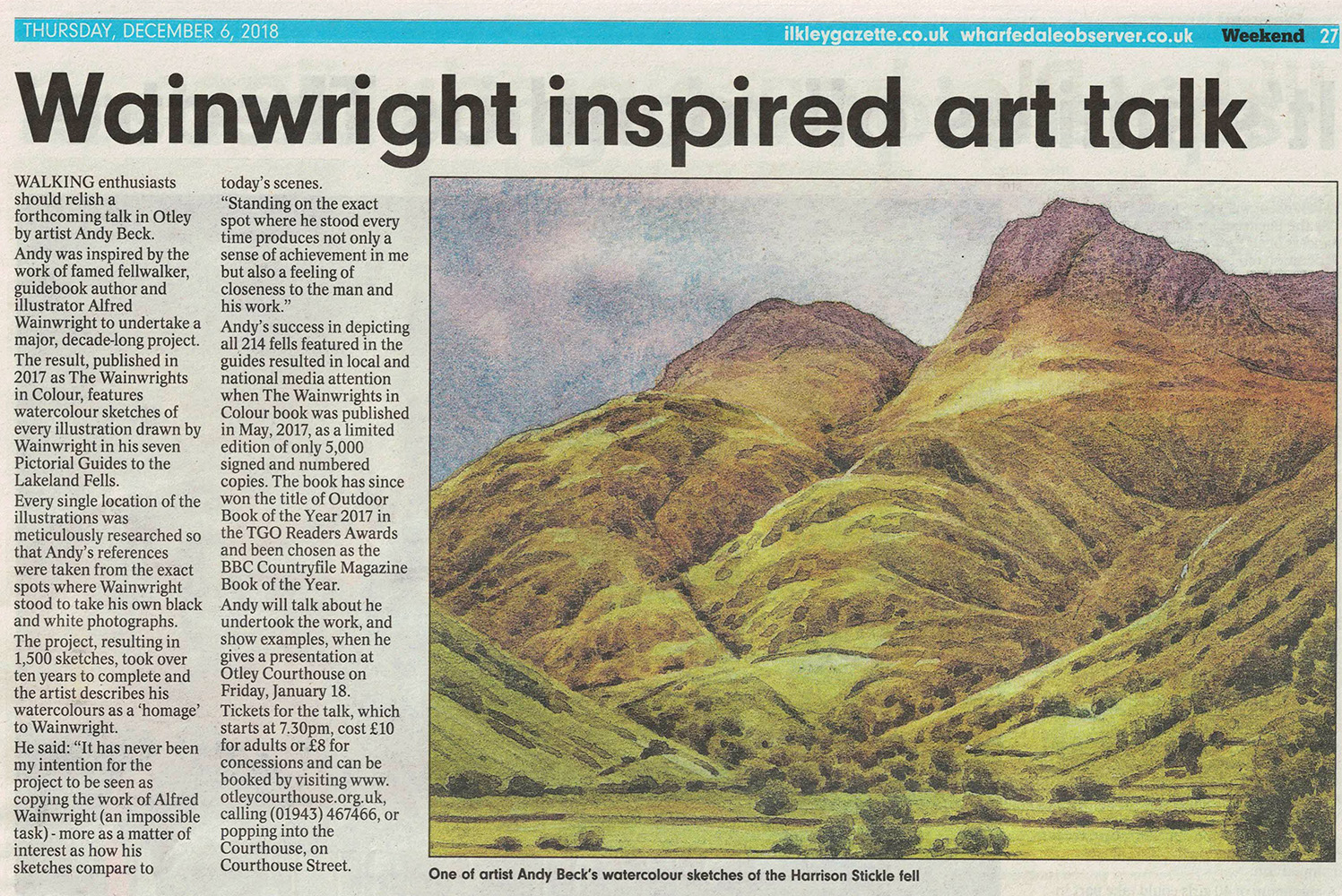 Horsforth Press after my Wainwrights in Colour talk in November 2018 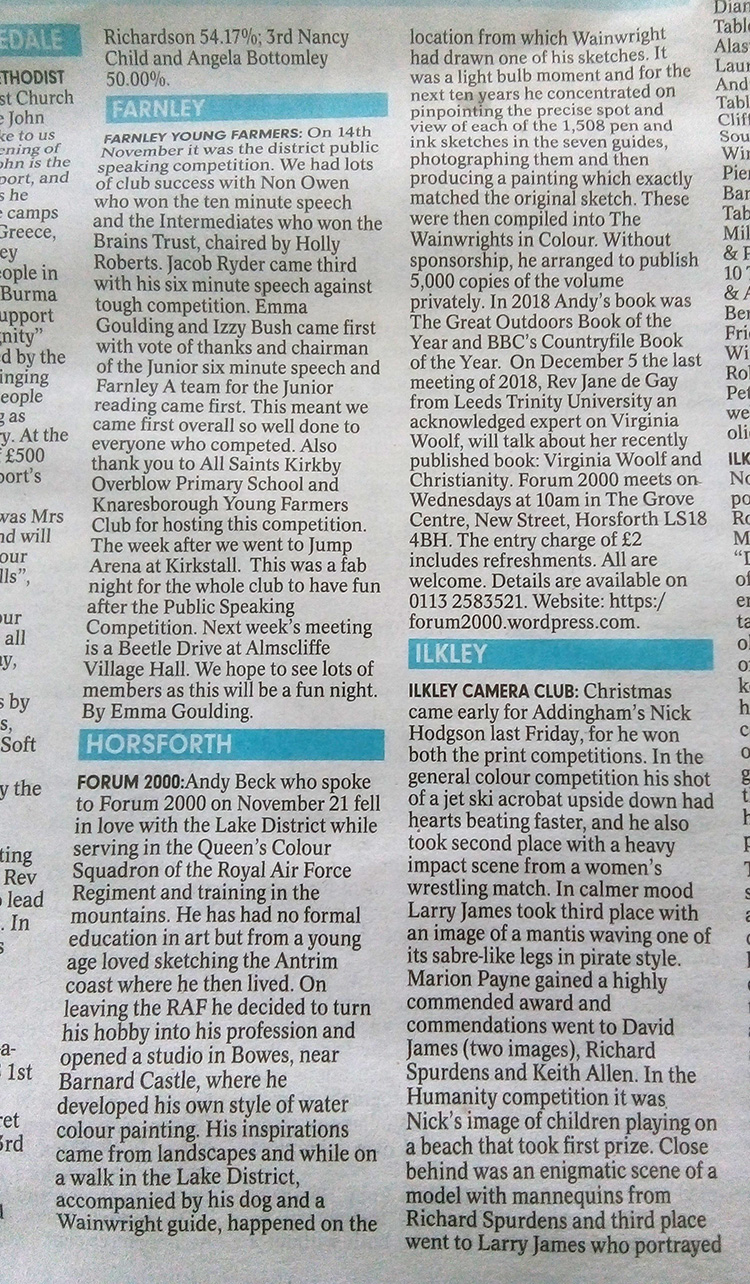 Almost a full page spread in The Northern Echo about The Wainwrights in Colour book being shortlisted for Outdoor Book of the Year. (Click on the link for the online version) 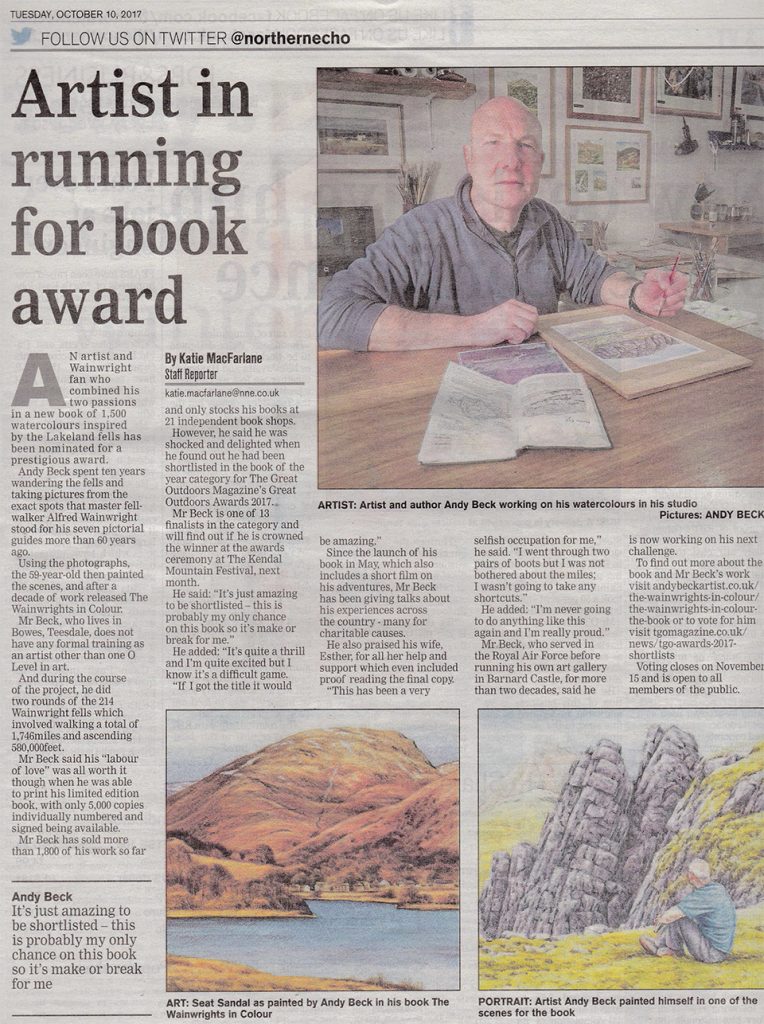 Piece in The Teesdale Mercury about the Outdoor Book of the Year Awards. 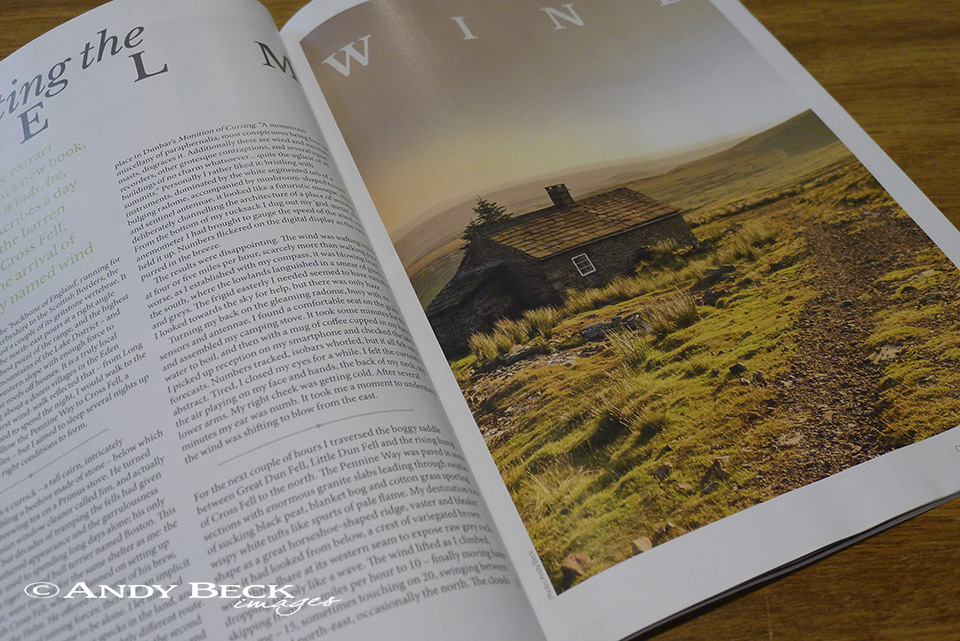 Online article in The Teesdale Mercury published on Saturday 27th June 2017 can be found here. 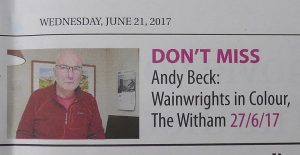 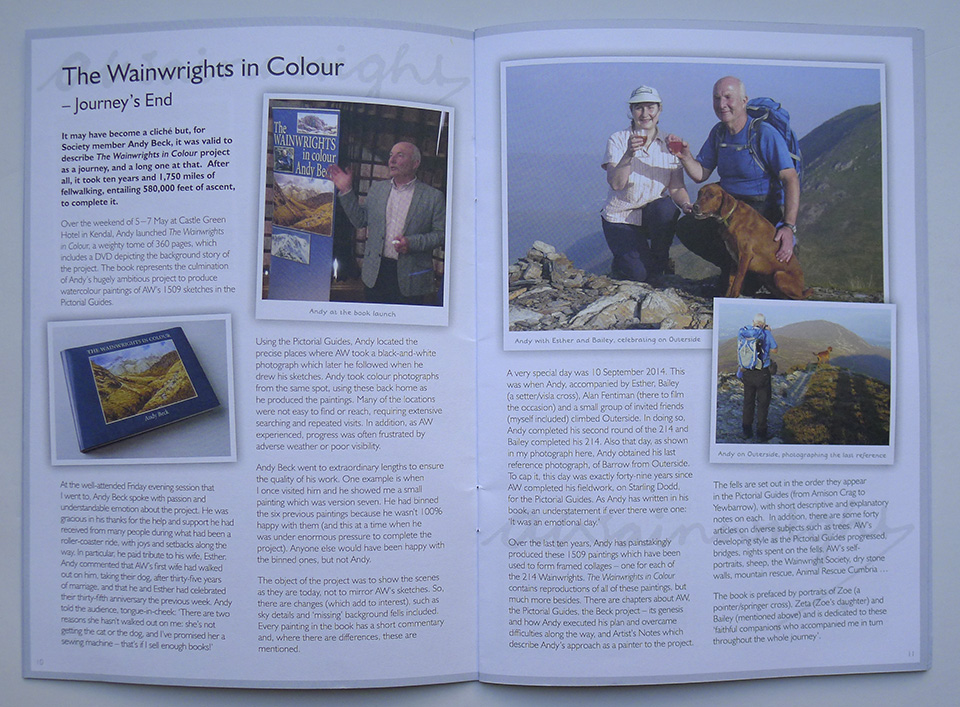 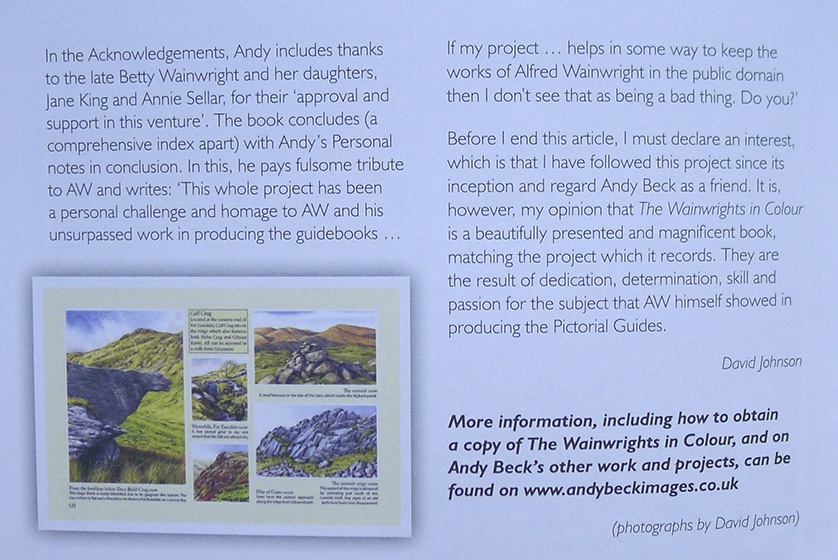 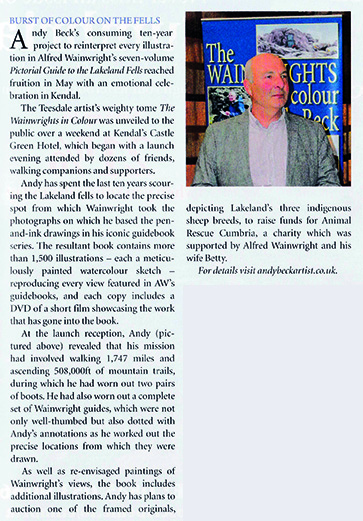 Footsteps Summer 2017- the magazine of The Wainwright Society 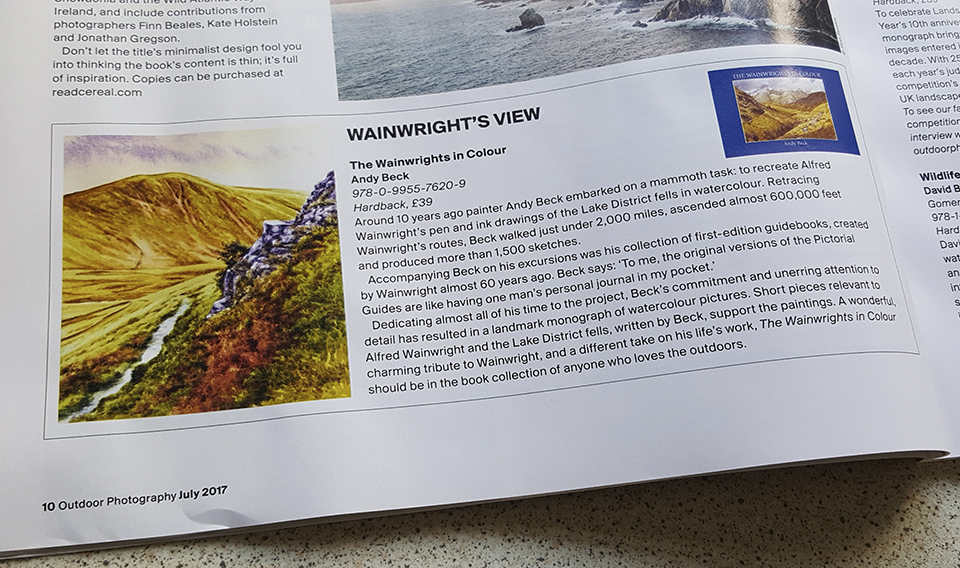 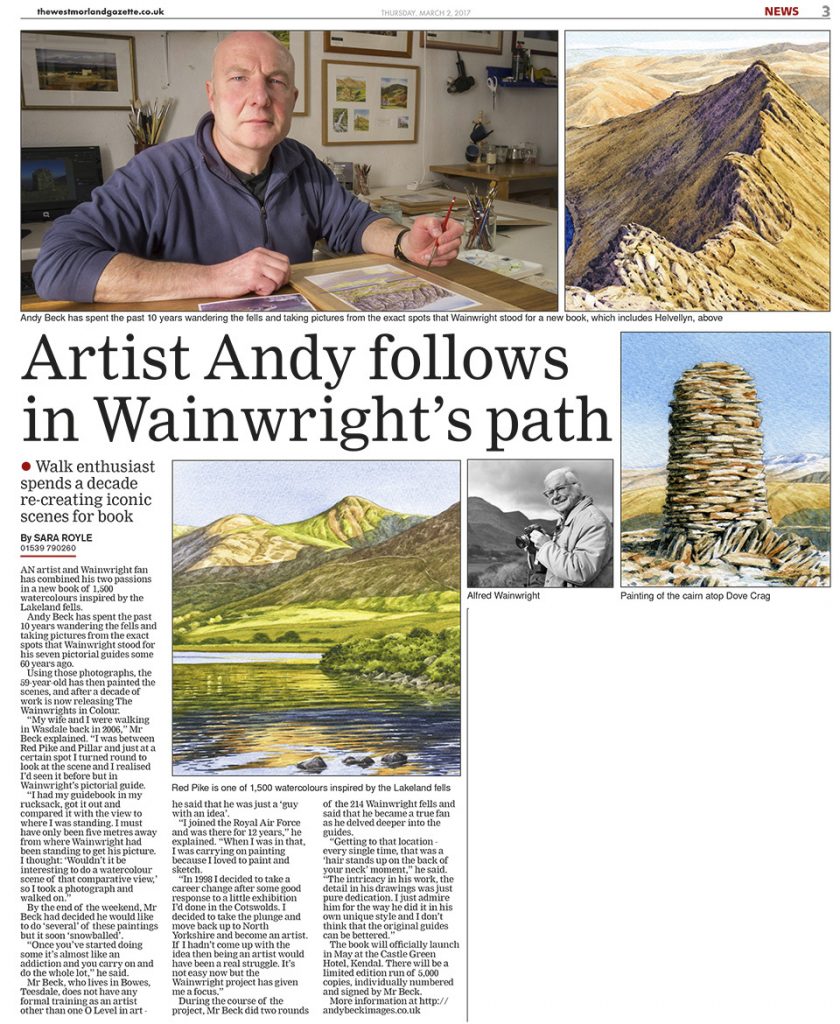 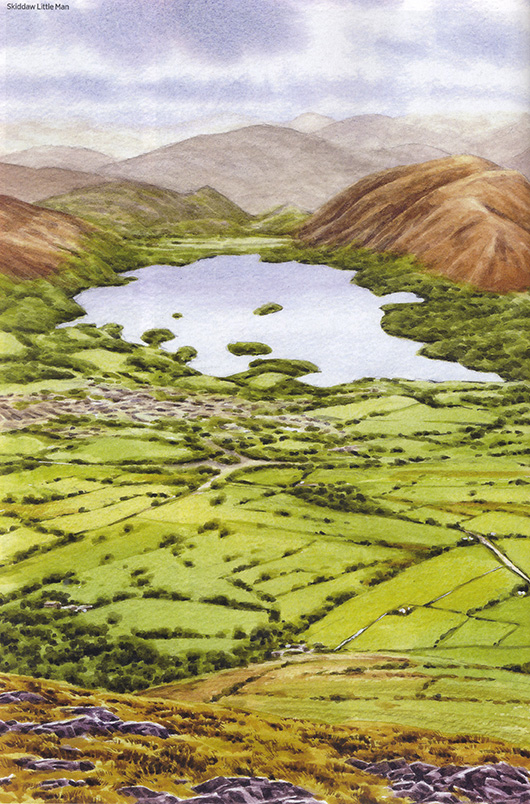 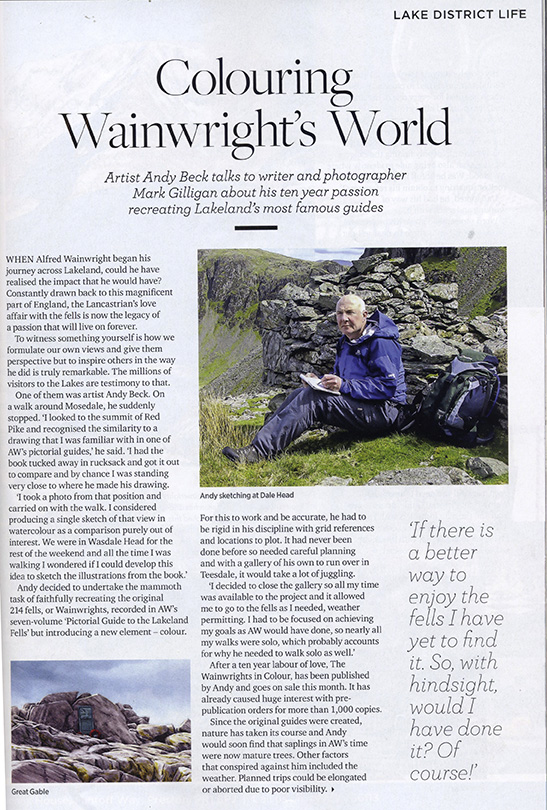 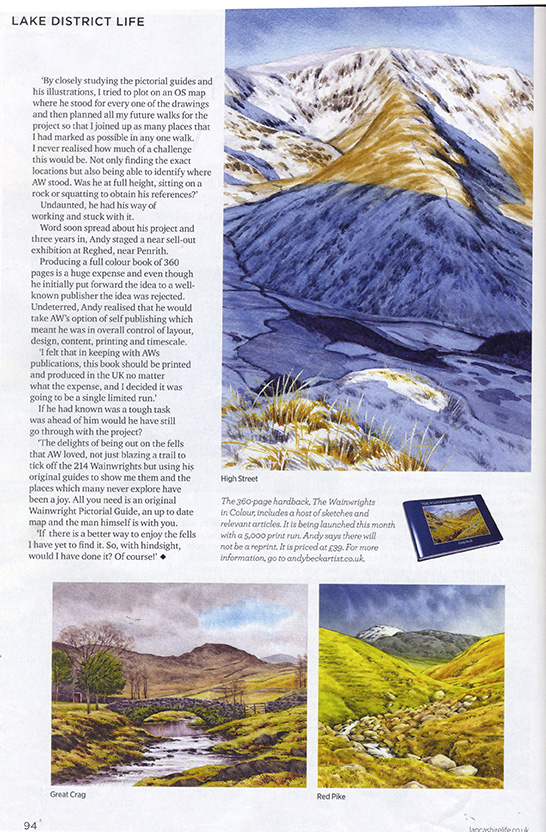 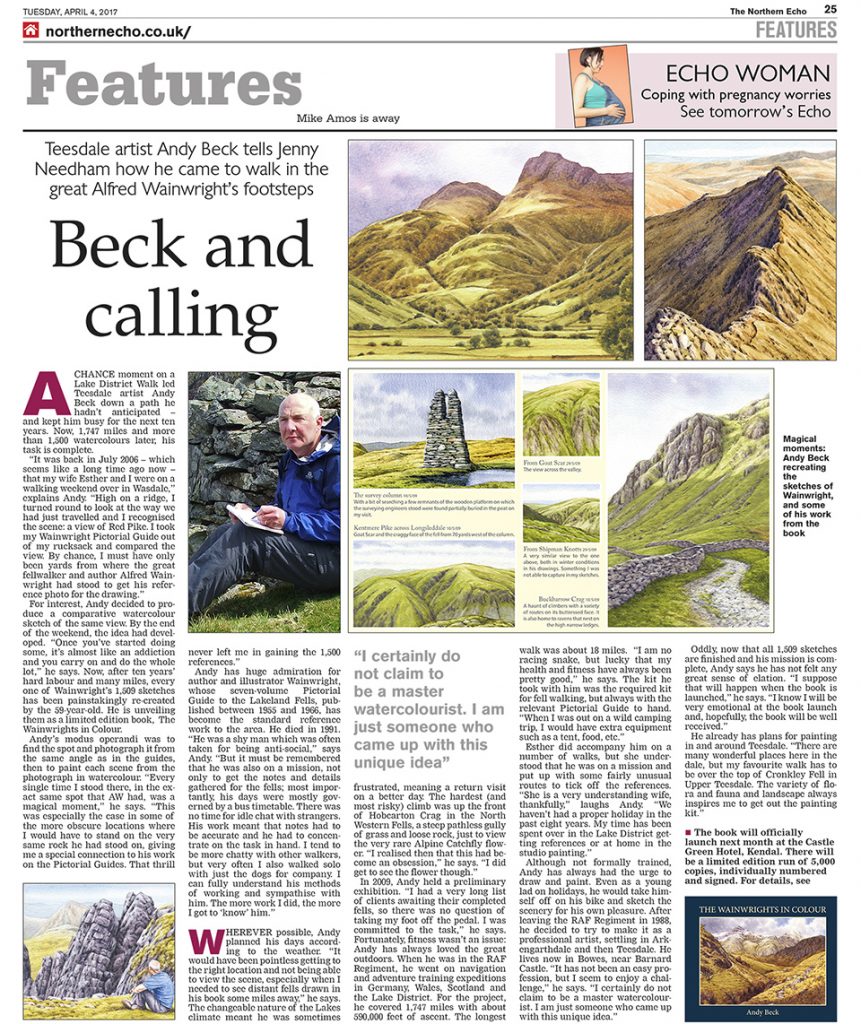 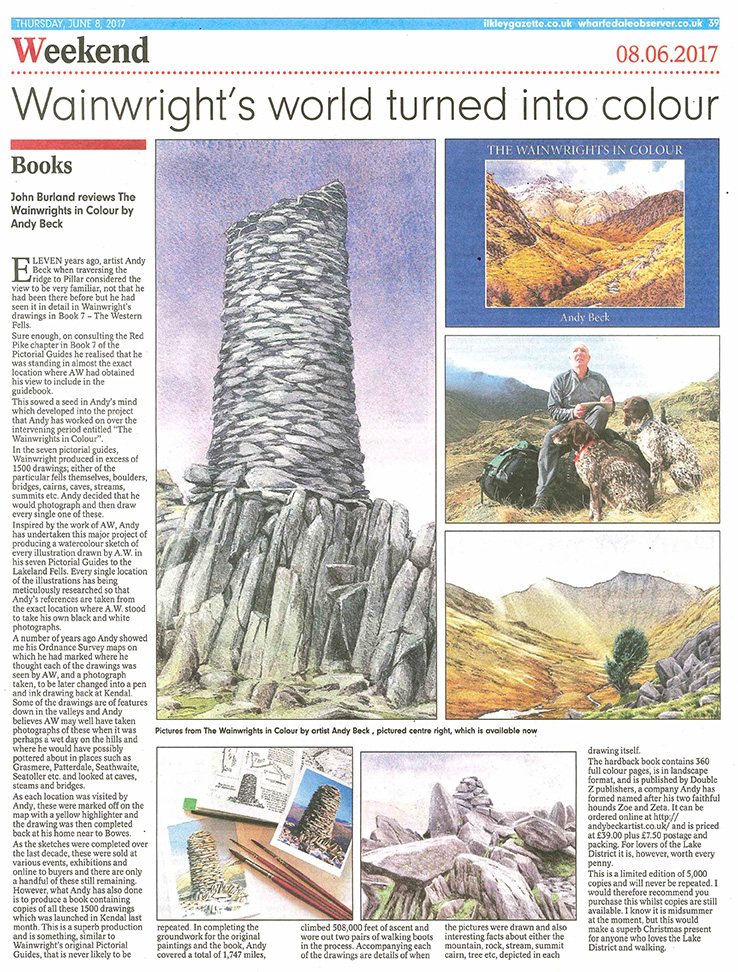 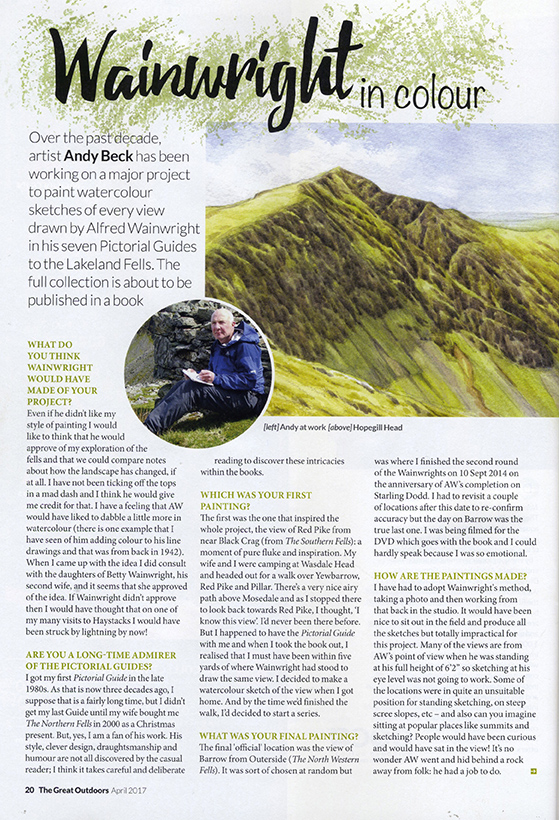 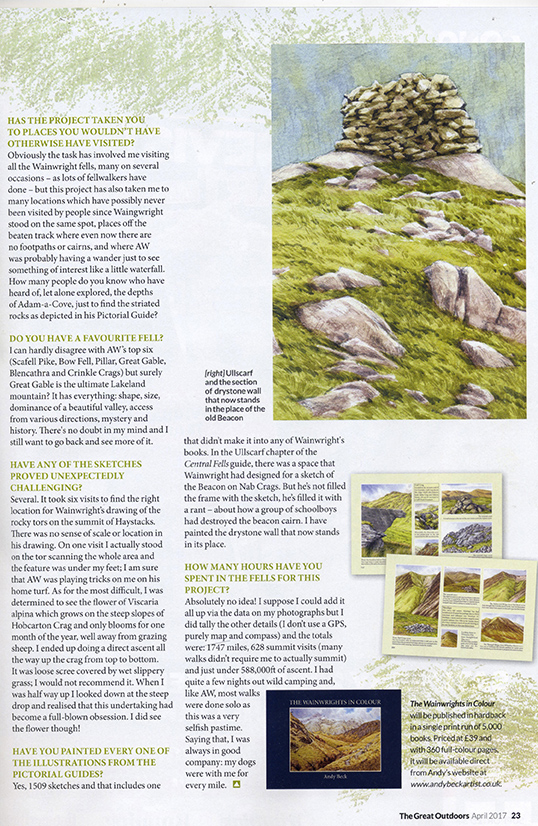 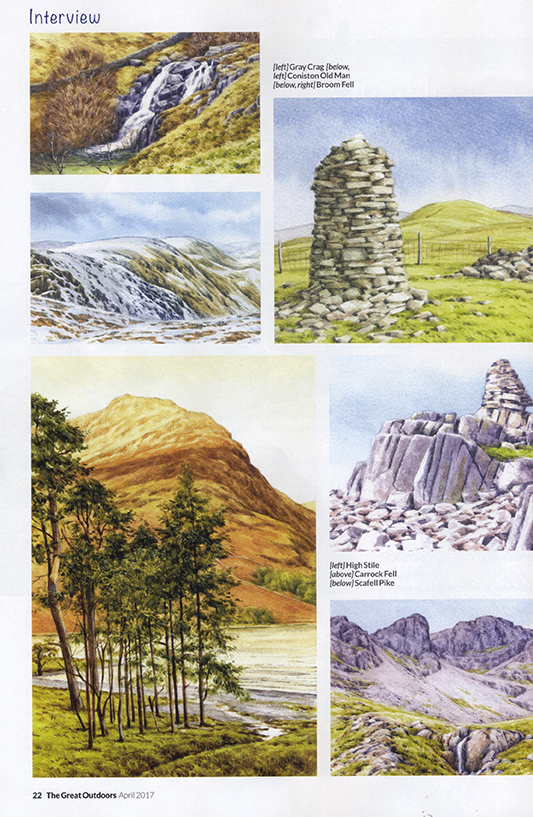 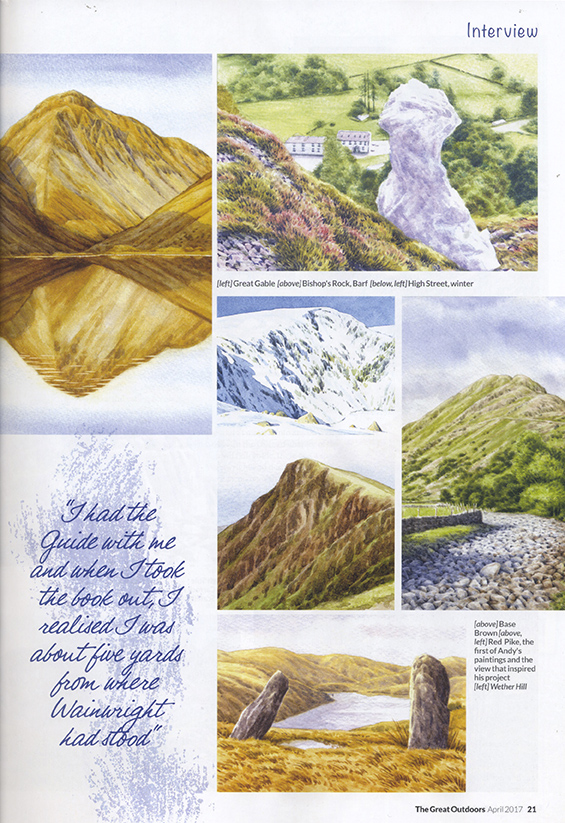 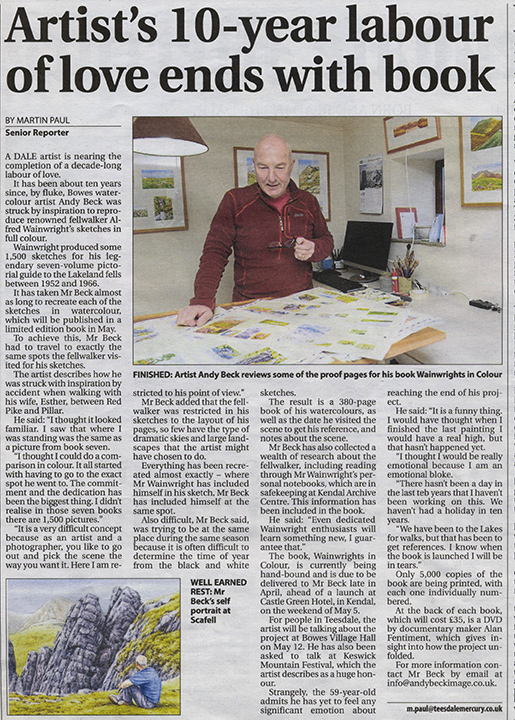 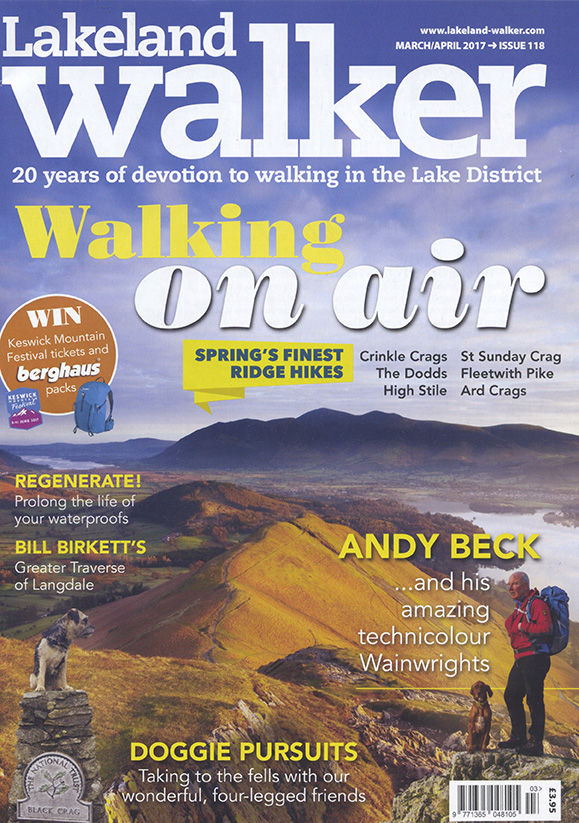 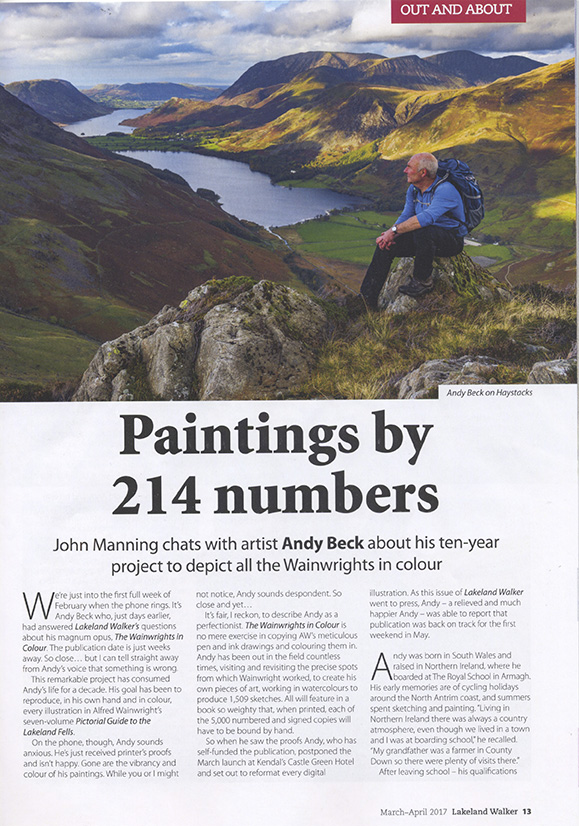 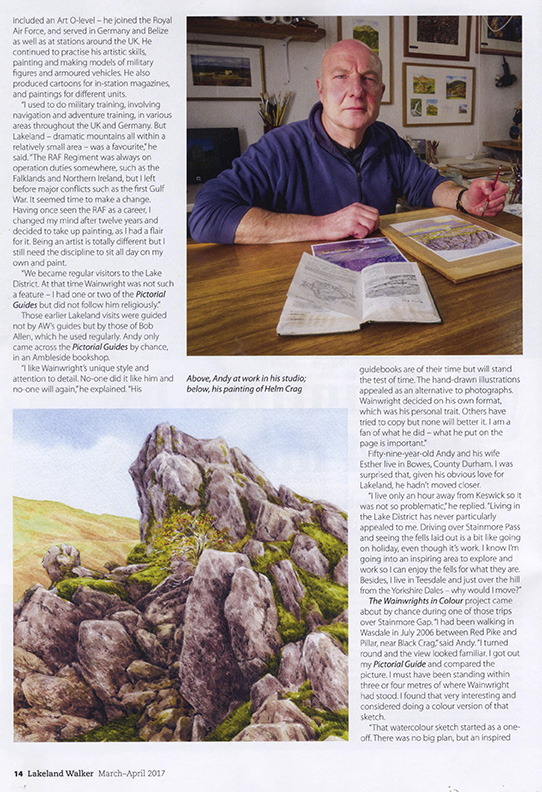 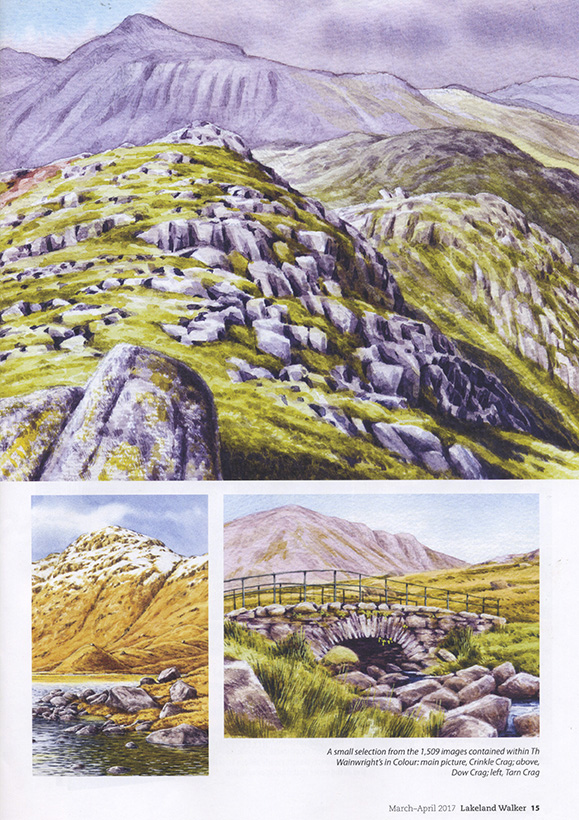 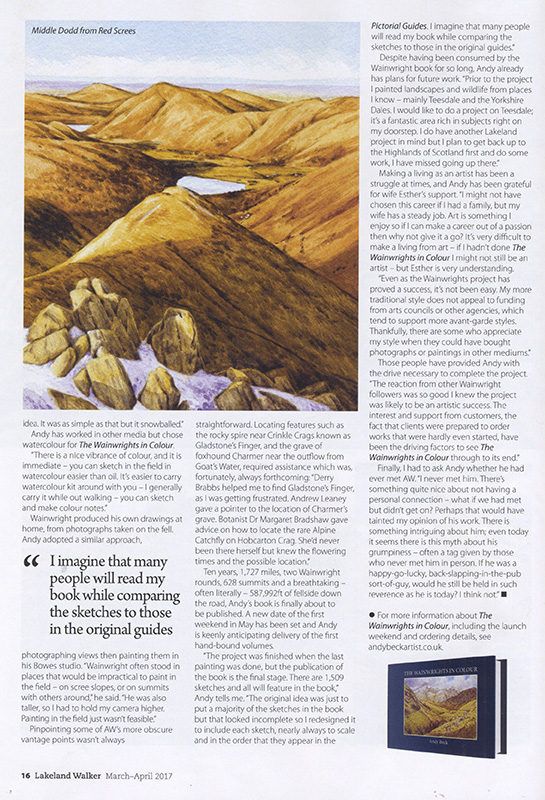 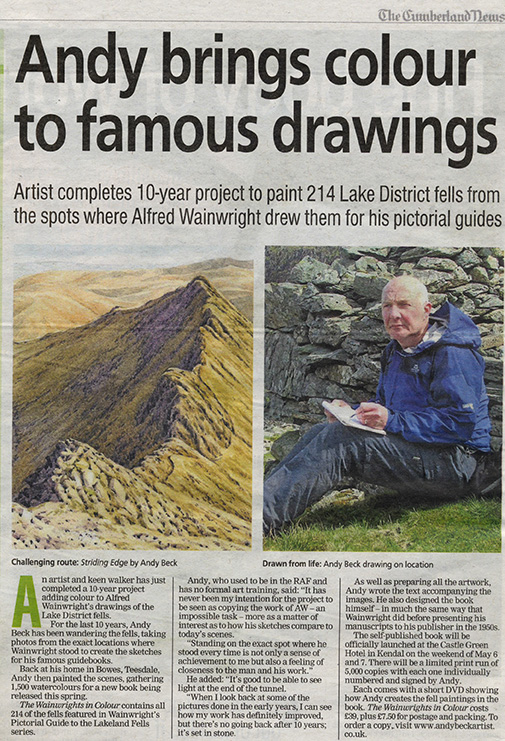 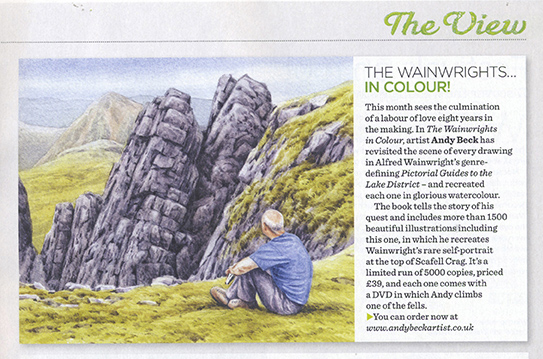 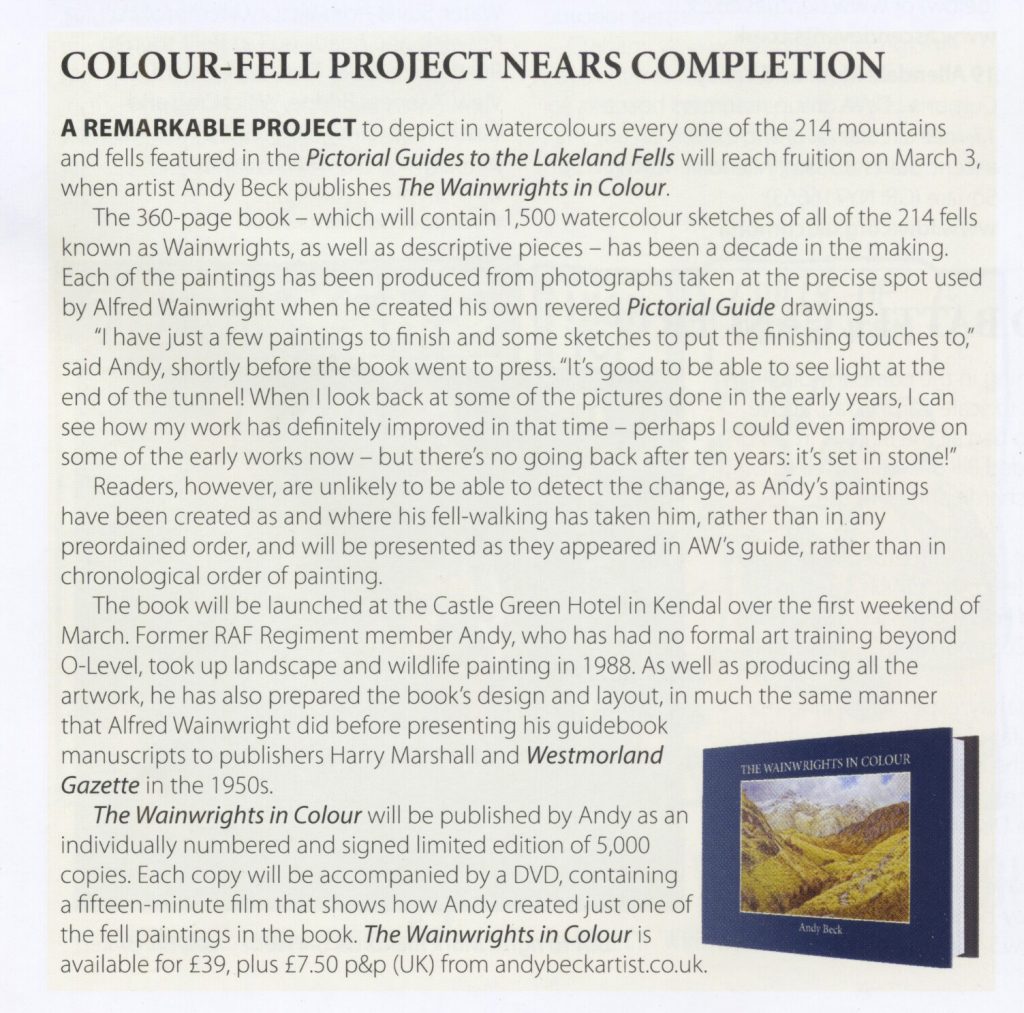