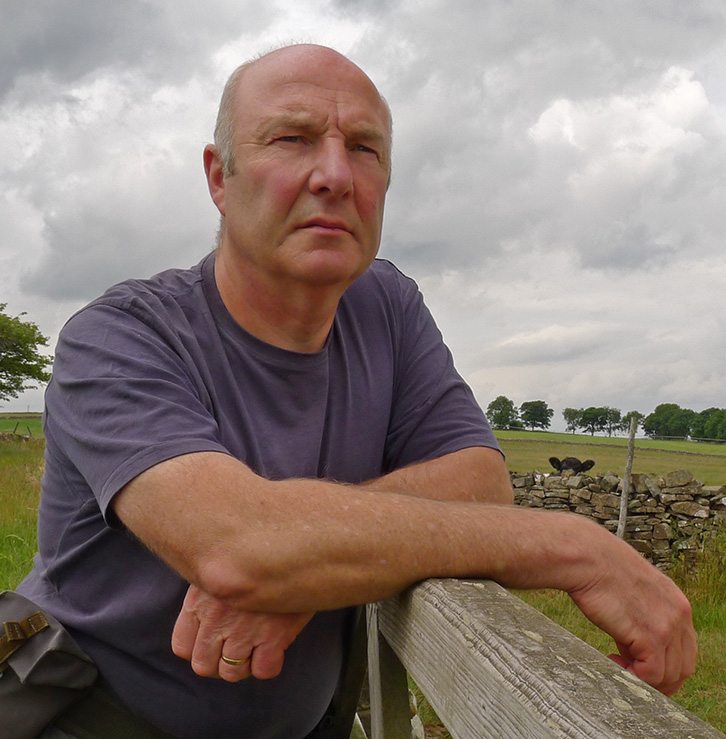 Having been a professional artist since leaving the Royal Air Force Regiment in 1988 Andy Beck has now become well known for his recent major project- The Wainwrights in Colour which has seen him exploring the Lakeland Fells to capture all the scenes in Wainwright’s Pictorial guides. Up until early 2013 Andy ran The Teesdale Gallery in the heart of Barnard Castle, County Durham which he did for 20 years. Reluctantly he had to close the gallery so that he could concentrate his efforts on completing the project. This has given him the freedom to paint at home in his studio or go out gathering references for his work. Andy lives in Teesdale in the north pennines of England.

The “strings to his bow”

Visitors to this website may be here to follow or view various aspects of his work. Andy is more than just a straightforward artist. As he travels around the country as part of his work he walks intersting routes, takes photographs (mostly for references for paintings), films many of his adventures and quite often gives talks and attends events.

All of these topics can be found under different of the website:

Artwork. Here is where you will find the background to Andy’s artistic side. As well as galleries of original paintings, sketches and sketchbook work.

Photography. Andy has been taking photographs for many years and in this section you will discover collections of samples of his images from around the country.

The Lakeland 365. Following on from the success of The Wainwrights in Colour Andy is currently working on another major undertaking in the Lake District based on Wainwrights complete list of fells.

On Location. As he explores the countryside Andy walks routes which can inspire others. In this section he posts route descriptions, maps and often films of these routes.

Throughout the year Andy attends show and events, these can be small country shows locally or much bigger occasions such as The Keswick Mountain Festival or BBC Countryfile Live. He also give regular talks at events or to groups. You can find out where he is going to be in the Forthcoming Events section.

Video. If video is your preferred media Andy has a growing library of films on his You Tube channel, they cover subjects such as artwork and materials as well as his walking films. You can find the channel here.

Hopefully there will something here on the website which you will find of interest. If this is the case, why not subscribe to be kept up to date with new stories and products.